Knowing what the top 5 early signs of Dementia are might just help you if it comes ever affects a loved one.

According to WHO (the World Health Organisation) an estimated 47 million people around the world are living with some type of dementia and is expected by some experts to have tripled by 2050. This is such a huge amount of people and sadly not many of us know the early signs to recognise it.

Dementia affects everyone in very different ways which can sometimes prevent early identification as each case is unique.

Here are the top 5 signs to watch out for.

2. Difficulty in finding the right words

Some patients in the early phase of dementia struggle to communicate their thoughts and find the right words. This can go as far as trying to explain something or express feelings surrounding a topic.

Aphasia is the trouble producing words or comprehending others. It’s common in stroke victims and Alzheimer’s patients and can be incredibly frustrating and upsetting for both the patient and their family.

Some patients find aspects of their personality are amplified alongside more subtle mood changes which might cause a patient who is usually quite outgoing to become internalized due to a lack of concentration or memory lapses.

Mood changes are something family members pick up on way before any other symptoms occur. Some patients become overly sensitive, emotional or have a temper that is not common in their nature. Depression is another key sign of early dementia.

The good news is that mood changes can be alleviated through diet, exercise, and medication.’

Repetition is a key indication in early dementia. Due to memory loss and general behavioral changes patients may repeat daily tasks, such as brushing their teeth, showering or in some cases patients have been know to collect items obsessively.

Repetition often comes into speech with repeated questions in a conversation.

5. A decline in sense of direction

Sense of direction and spatial orientation are common to deteriorate in the onset of dementia. From failing to recognize familiar landmarks to forgetting well known directions and paths. Following step by step instructions and directions can also become an issue.

Hopefully these key signs will help you detect early signs of dementia in either yourself or a loved one and allow you time to seek professional advice and support. 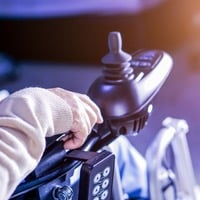 Shannon shares more about her role at Complete Care Agency as a [...]